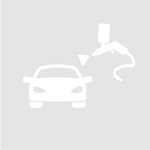 Why Are Headlights So Expensive Now?

I took my car to a repair shop recently because one of my headlights on my 2016 vehicle were out and when I heard the price I nearly fainted right on the spot.  I was expecting to spend somewhere between $150-$200 max, but when it was over it cost me more than $1,000! My friends told me the shop must have ripped me off, but I shopped around and found out it was a fair price. Headlights cost a lot more on today's vehicles and I found out the hard way!

At EEE Motors, we will hopefully give you a brief education on why headlights on today's cars are more expensive to replace and/or repair. This information is especially valuable for our friends and customers in Sterling, VA who own newer cars.

HID vs. LED vs. Halogen Headlights

Most vehicles use one of three types of headlights: Halogens, HIDs and LEDs.

In general terms, LED lighting is only featured in high-end luxury cars, although it is making its way to more affordable models. Initially unveiled in the Audi R8 supercar a few years back, LED headlights can now be found on many inexpensive cars too, such as the Acura ILX sedan, which starts at less than $30,000.

But while LEDs are manufactured to last the life of a vehicle, xenons and halogens do not and in some cases, these lights can be very expensive to replace.

Why So Darn Pricey?

In most cases, a burnt-out halogen headlight is still relatively inexpensive to fix. Figure it will cost you less than $20 for the bulb, plus about the same amount of money for the labor if you want an automotive technician to replace the headlight for you. But remember, halogen headlights don't provide the same amount of overall illumination as xenon lights, which is why some drivers prefer vehicles that are equipped with the costlier xenon lights.

One thing to remember is that if the headlight assembly has leaked or been damaged in an accident, for example, the costs can go up exponentially. While a halogen assembly won't top a few hundred dollars, a xenon headlight assembly can easily run more in excess $700 -- and some are above $1,000 once you factor in all of the labor costs.